Antibiotics after your joint replacement

The truth about infection risk 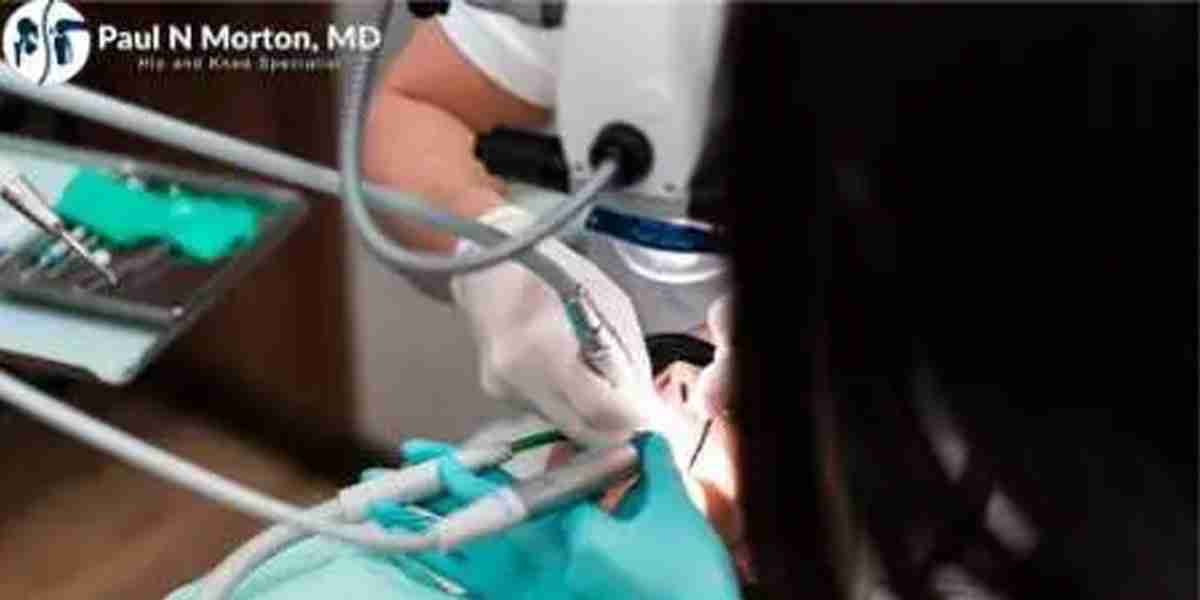 Certain types of dental work can cause infections elsewhere in the body. There are many different types of bacteria in the mouth. Depending on the patient, the bacteria can cause an infection in different organ systems. For example, some patients can become bacteremic, meaning they develop a bacterial infection in their blood. Others may develop pneumonia, cardiovascular infections, or inflammatory conditions. Different patients have different risk factors.

One of the risk factors for developing an infection after a dental procedure is having artificial hardware in one’s body. This includes joint replacements, the infection of which are called prosthetic joint infections (PJIs). There are many studies that examine the risks of PJIs with dental work. It is widely accepted by the medical community that there is a theoretical risk for bacteria to be released into the bloodstream through dental work and seed an infection in the prosthetic joint. In practice, however, many studies do not support the idea that dental procedures pose any greater risk to joints than everyday oral manipulation, such as brushing one’s teeth.

The AAOS states, “The practitioner might consider discontinuing the practice of routinely prescribing prophylactic antibiotics for patients with hip and knee prosthetic joint implants undergoing dental procedures.” They allow more discretion on the part of the physician. They assert that there is compelling evidence that oral procedures cause bacteremia, and that this bacterial blood infection could infect the joint hardware, particularly in the first 2 years after joint replacement.  However, they agree with the ADA that the evidence for prophylaxis is not very strong and that the number of patients who need to take antibiotics to prevent one infection is very high.

Unlike the ADA, the AAOS delves more deeply into the patients that are an exception to their recommendations. For example, they state that immunocompromised patients are a special group. Immunocompromised patients do not have as strong of an immune system as their peers for a variety of reasons. The AAOS immunocompromised exceptions include patients with HIV/AIDS, cancer patients on immunosuppressive chemotherapy with signs of illness, other disease processes for which the patient is receiving immunosuppressive medications, and bone marrow recipients in a certain time frame. They also encourage physicians to include diabetes when considering the risk for infection. People with diabetes are more likely to have infections with their elevated blood sugar and compromised vasculature.

As their statement indicates, the AAOS feels that there may be a role for antibiotics for prophylactic purposes. They give the individual surgeon more leeway when deciding. Specifically, their 310-page guidelines report describes the different studies that address antibiotics before dental procedures in patients with joint replacements. They argue that many of the studies that suggest that physicians do not need antibiotic prophylaxis have limited evidence to support that suggestion. They argue that because the consequences of getting an infection can be devastating and the scientific literature against antibiotic prophylaxis is weak, surgeons can use their own discretion.

As stated above, the consequences of infection can be significant. If a joint gets infected, the patient may have to undergo another surgery to remove the joint and infected tissue. The patient may have to go through multiple surgeries to remove the infection. The infection could spread to other places in the body. In all cases, the patient would have to receive antibiotics for a longer period of time than if they had just taken the prophylactic antibiotics. Surgeons are wary of infections because of these drawn-out consequences. They may wish to save their patients from these possibilities.

It is important to treat each patient as an individual and to share in that decision-making with the patient. Both of the societies provide evidence that supports recommendations, for and against dental prophylaxis. If you have questions regarding dental prophylaxis following your hip or knee replacement, talk with Dr. Morton about your antibiotic use.

Lockhart, Peter B., et al. “Evidence-Based Clinical Practice Guideline on Antibiotic Use for the Urgent Management of Pulpal- and Periapical-Related Dental Pain and Intraoral Swelling.” The Journal of the American Dental Association, vol. 150, no. 11, 2019, doi:10.1016/j.adaj.2019.08.020. 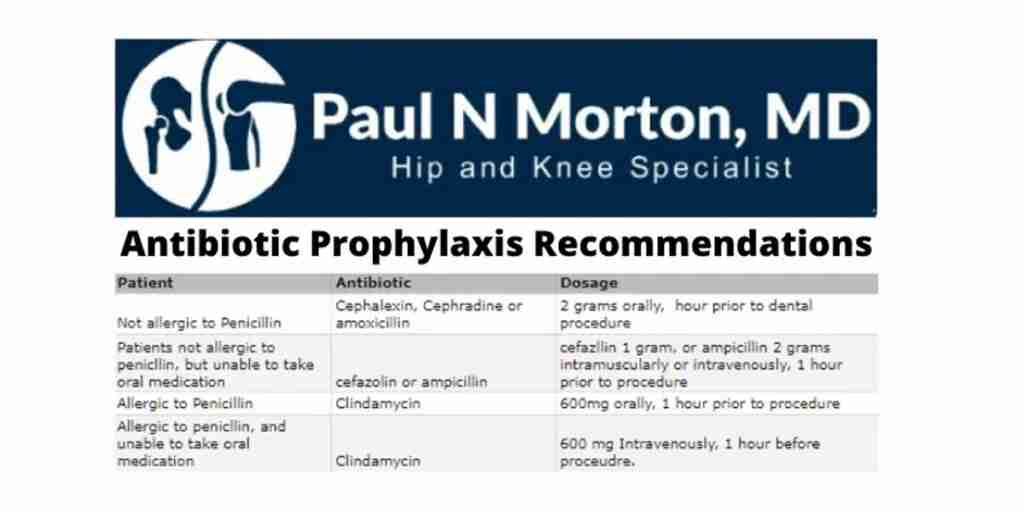 Dr. Paul Norio Morton, MD is a board-certified, fellowship-trained orthopedic surgeon in hip and knee surgery, specializing in robotic joint replacements, complex joint reconstruction, sports injuries, and trauma. He practices orthopedic surgery in Honolulu, West Oahu, and Kailua-Kona on the Big Island. Reach out to him to learn more about treatment options for your problem.