Save 10% off Postoperative Nutrition Supplement until January 31

A tourniquet-less knee replacement does not require compression cuffs to stop blood flow during surgery as traditional knee replacements do. These cuffs can cause pain and swelling in the knee after surgery. These surgeries also reduce the risks of complications caused by tourniquets – including nerve damage or an increased risk for infection.

Tourniquet usage has been a standard component of total knee arthroplasty (TKA) since its inception. Tourniquet usage during TKA has attracted concerns in several research studies, although it is still a widespread practice.

The TKA procedure is a complex surgery with many steps that are required for a successful surgery and excellent long-term result. The improvement of that process may help patients save time and money while preventing harm.

History of Tourniquet Use

The earliest tourniquets were made of cloth or leather straps wrapped around a piece of wood to tighten and were generally used in life-threatening emergencies and limb amputations.

The usage of tourniquets as a method for blood-loss control has been around since the days of Hippocrates. The pneumatic tourniquet, which was invented by Harvey Cushing, marked a significant step forward in this technology. Because these early pneumatic tourniquets sometimes had failures during power outages, they created a fresh set of problems. In the 1980s, microchip technology advanced sufficiently to allow for the creation of today’s tourniquet machines.

History of Tourniquets in Knee Replacement

Tourniquet usage during TKA has several advantages. There is less blood loss when using a tourniquet. The use of a tourniquet provides a bloodless surgical field and better visibility. There’s evidence that there was less muscular damage and decreased inflammation. Tourniquets have been promoted as a way to reduce overall blood loss and improve cement fixation, but these claims have not been proved.

The need for revision may be caused by poor technique, so fixation is an essential component of a well cemented TKA. Improved fixation and implant survival have been observed with greater cement depth penetration. The more cement reaches into the bone, the easier it will interlock with the implant.

The risk of tourniquet-less TKA is that the depth of cement penetration may not be deep enough, and hence affect the implant’s longevity.

This belief was debunked by several studies. Researchers have found no difference in the depth of cement penetration, cement mantle thickness, or visible radiolucency between tourniquet and tourniquetless TKA operations.

The use of a tourniquet has not been shown to have an effect on implant migration or survival in short-term studies. In TKA without a tourniquet, it’s possible to penetrate the bone with cement and achieve secure implant placement.

Cementless total knee replacements do not have any concerns regarding the use of a tourniquet.

There have been numerous studies conducted to examine blood loss and tourniquet use, and there has been a lot of blood loss without the use of a tourniquet.

The use of blood products during surgery is important as the need for transfusion carries significant health risks, including disease transmission, transfusion reaction, and infection.

The usage of tranexamic acid has largely reduced the incidence of allogeneic transfusion in knee replacement surgery. Several researchers have attempted to quantify the distinction between blood loss and transfusion rates depending on whether a tourniquet was used, and all of them revealed greater intraoperative blood loss in the no-tourniquet group but no difference in transfusion rates or overall blood loss has been definitively proven.

The effect of tourniquets on recovery has been investigated in several studies. Tourniquet use may be accompanied by thigh discomfort and loss of quadriceps function.

In comparison to tourniquet use, TKA without a tourniquet has been shown to result in:

With the use of a tourniquet, TKA causes quadriceps function to be reduced for 3 to 6 months.

Tourniquet-induced neuropathy can be caused by direct compressive neurapraxia at the tourniquet site, and femoral nerve palsy has also been reported.

Risk of Complications with Tourniquet Use

The tourniquet causes an increased hypercoagulable state, stasis, and the potential for endothelial injury. This accounts for many of the reported complications involving the pulmonary and cardiovascular systems.

Tourniquet use can cause: Dr. Paul Norio Morton is a Board Certified Orthopedic Surgeon that practices on Oahu and the Big Island. He treats a broad range of orthopedic conditions including arthritis, sports injuries, hip and knee replacements, trauma, and robotic joint arthroplasty. He believes in treating his patients with a holistic approach – incorporating patient’s desires and expectations into the treatment of their musculoskeletal problems. 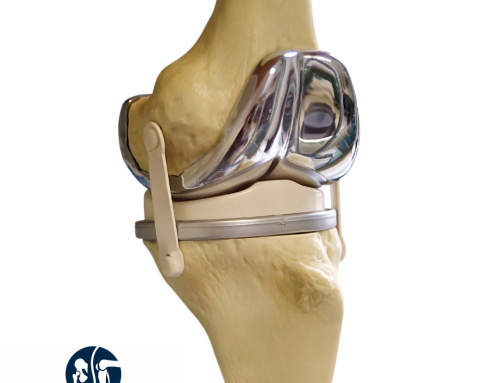 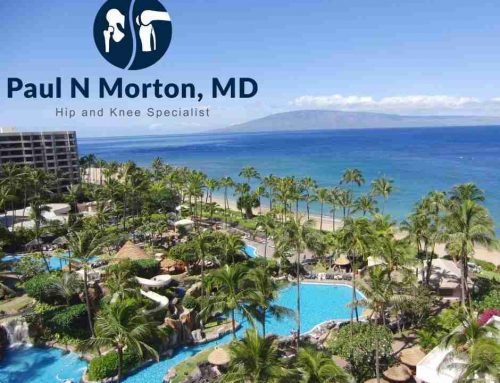 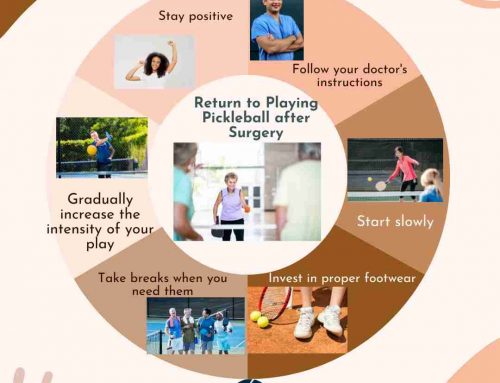 Tips on Returning to Pickleball after Hip or Knee Replacement Gallery

Tips on Returning to Pickleball after Hip or Knee Replacement

Dr. Paul Norio Morton, MD, FAAOS, FAAHKS is a board-certified, fellowship-trained orthopedic surgeon in hip and knee surgery, specializing in robotic joint replacements, complex joint reconstruction, sports injuries, and trauma. He practices orthopedic surgery inHonolulu, West Oahu, and Kailua-Kona on the Big Island. Reach out to him to learn more about treatment options for your problem. Dr. Paul N. Morton created and maintains this website as a service to his patients and to our community. This website is part of his mission to become one of the best orthopedic doctors in Hawaii. Dr. Morton maintains the site content and strives to keep it fresh. He makes no warranty or guarantee regarding content accuracy.

While most of the information discussed on jointreplacementhawaii.com or doctormorton.com and patients should not construe the information as medical advice. Please refer all questions in regards to your health or health conditions to your physician. While there may be links to other sites, Dr. Morton does not endorse the linked sites and takes no responsibility for the content or information contained in the linked sites.

Some of the content obtained on this website are listed under the licenses page. Please view this page for further information.

Otherwise, the content found on this website is owned by Dr. Paul Morton. All rights reserved. No part of this website may be reproduced, stored in a retrieval system, or transmitted, in any form or by any means, electronic, mechanical, photocopying, recording, or otherwise, without the prior written permission from Dr. Morton.

Take Control of Your Bone and Joint Health With Dr. Morton

Call Now
Location
Chat With Us